The cohesive symmetry of arts and science has merged into a spectacular five-part mural by members of the Vero Beach Art Club. The mural has been created to be the perfect illustrative backdrop for the Ocean Research & Conservation Association’s new Citizen Science Center near the Vero Beach Regional Airport.

The stunning artistic narrative is comprised of five individual acrylic paintings created by five different artists, each depicting a slice of the diverse and fragile eco-systems that dot our Indian River County landscape.

The six-month-long undertaking began when the Vero Beach Art Club was contacted by Rob Slezak, City of Vero Beach recreation director. A building which had been empty for years was soon to be used by ORCA as a Citizen Science Center, and they were looking for someone interested in creating a mural for the facility. Well-known local artist Dawn Mill jumped at the opportunity and met with Edie Widder, ORCA CEO, to develop a concept.

“Edie wanted the people in the lab to visualize the vast and diverse eco-system that we have right here in Indian River County,” says Mill. “She wanted to incorporate Blue Cypress Lake, the uplands, the shallows and depths of the lagoon, and the sand dunes. All are environmentally unique, yet we had to devise a way to illustrate them collectively. I came up with the idea to have four individual paintings, exactly the same size, in the exact color scheme, but each representing its own distinctive habitat.”

Widder was ecstatic about the idea and asked if one more could be added to illustrate the nighttime bioluminescence in the lagoon. Happy to oblige, Mill set about recruiting specific landscape artists from the club who were willing to donate their time to the project.

“I knew that certain artists had special talents, so I went about compiling a team that would do each topography justice,” says Mill. “I recruited Carol Makris to paint Blue Cypress, Rita Ziegler to paint the deep-water lagoon, Judy Rixom to paint the dunes, Judy Burgarella to paint the uplands and Sue Dinenno to paint the night bioluminescence. I chose to paint the shallow lagoon.”

Widder had specified that there were certain wildlife and other elements that she wished to have included in each rendering, but the artists also did a lot of research on their own to make sure their portrayals were as accurate and complete as possible.

Because the paintings would ultimately be components in a larger display, colors were carefully chosen for compatibility and consistency. Additionally, the shallow and deep-water lagoon paintings had to be uniform in the placement of the water and tree lines, because the lagoon was being depicted in multiple paintings.

Only the painting of the nighttime lagoon, with its magical bioluminescence, would be displayed separately on an adjacent wall.

“It really couldn’t be incorporated into the panorama because it was a night scene and the others were day scenes,” said Dinenno. “But I still utilized the same color scheme and dimensions.”

“This was quite a challenging project,” said Burgarella. “We were painting independently but collectively at the same time. There were times we all painted together to make sure everything was scaled and coordinated correctly, and then we painted alone to fill in the details. It wasn’t by accident that the finished product looks like it was painted by one person.”

An opening reception was held Aug. 23 to provide ORCA employees and local dignitaries with a first peek at the collaborative mural and so that they could meet the artists who brought it all to life.

“I am literally blown away by the amazing depiction of the lagoon,” said Widder. “I’m a big advocate about the crossover between art and science. I don’t think that we have enough appreciation of the complexity of life and the amazing ecosystem that have around us here in the Indian River Lagoon. I strongly believe that the places that people want to live are the places where communities have banded together to protect their ecosystem.”

The goal of the Citizen Science Program is to “educate and engage community members in solving the problems that are leading to the degradation of the Indian River Lagoon.”

Thanks to the illustrations of these five talented artists who have depicted the way our precious environment looks when it’s healthy and flourishing, ORCA scientists will have a constant reminder of the reasons behind their efforts to keep our waterways, wetlands and uplands pure and pristine.

Coming Up! Comedy shines at Guild with ‘Bench in the Sun’ 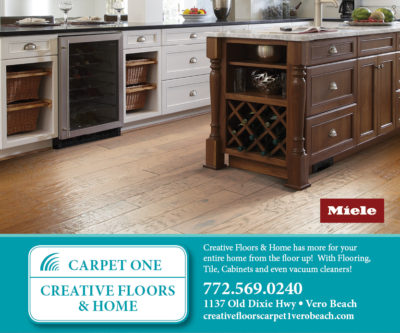 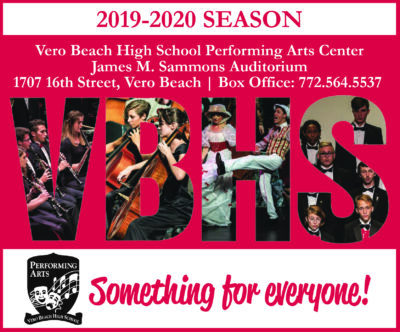 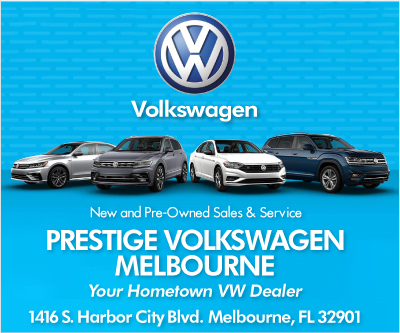